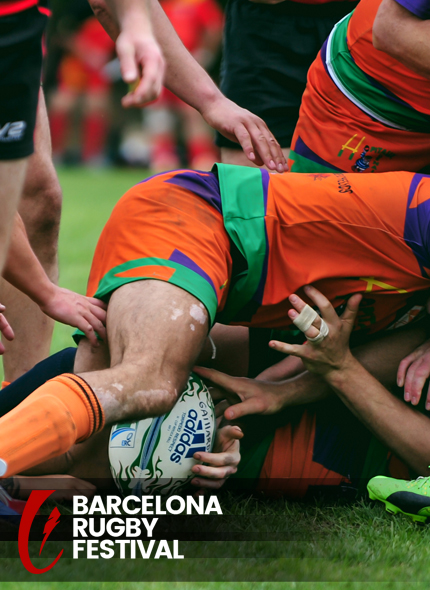 This is a Festival of Veterans/Oldies & Ladies Rugby, NOT a competitive Tournament. The results of games are not listed. All teams are winners as long as they participate in the spirit of Oldies Veterans Rugby with Fun, Friendship and Fraternity. That being said, there is room for different levels of competitiveness. Teams will be grouped according to their medium age in Social Leagues to ensure that everyone plays the sort of game they want and preserve your physical integrity.

Mens Competitive : matches are organised for teams consisting mainly of players 35-50 with a minimum squad of 20 players and willing to play Rugby matches with the complete World Rugby rules (except the non-contested scrums). A final will be played between the first 2 classified teams.

Confirmed Mens Social : matches are organised for teams with only a few under 35’s, those with small squads and those who want to have a fun game of Rugby, but playing seriously. We only allow maximum 3 under 35 years to play on the field at any time. Squads can have more under 35's but only 3 can ever be playing at the same time. EGOR Rules are observed.

Beginners Mens Social : matches are organised for teams having minimum 2 thirds of beginning players (players who played in the young categories or players who started in veterans). Ideal also for mix gendered teams ! We only allow maximum 3 under 35 years to play on the field at any time. Squads can have more under 35's but only 3 can ever be playing at the same time. EGOR Rules are observed except the non-contested Rucks and the above the belt Tackles being forbidden.

Ladies : open age, with competitive, social Rugby 7, 10, 12 or XV matches and/or touch matches. We believe that Ladies Rugby should be encouraged at all levels, abilitites and formats. If you are a touch team, a group of retired friends or a ladies full XV team we will be happy to welcome you !

The Rules FOR Social Leagues

The normal World Rugby (WR) rules shall apply with the following variations: